Home Blog Self-care and Nurture Abortion: A Call to Thinkers on the Eve of the Election
Anita Ojeda 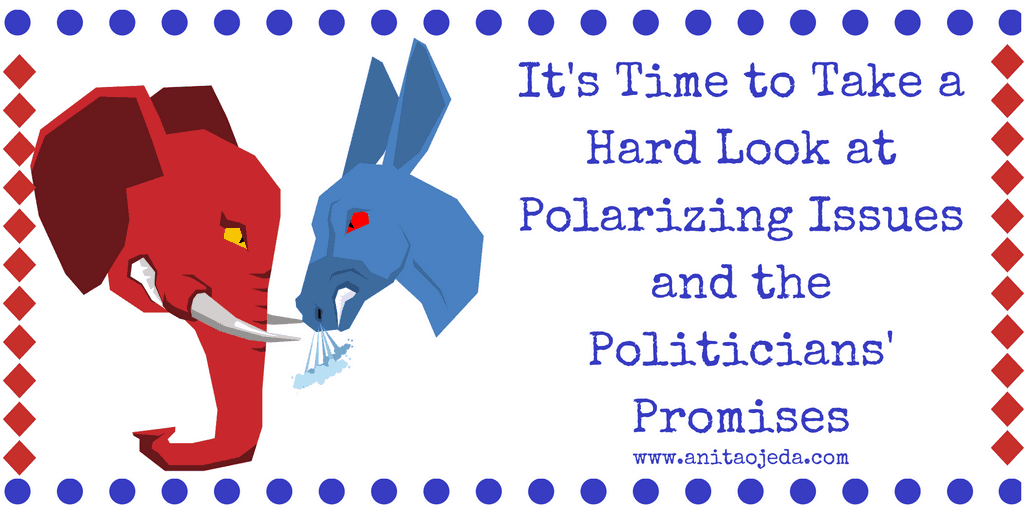 Another election day looms and the populace polarizes on an issue that gets trotted out each election cycle since 1973: abortion. Claims of ‘Baby killer,’ ‘anti-women,’ ‘pro-choice,’ and ‘anti-abortion’ get flung across the Internet with rising hysteria on either side.

Both Democrats and Republicans feel that their candidate will have the moral fortitude to lead our country to either overturn Roe v. Wade or to keep it firmly in place. We fool ourselves.

We forget that politicians make promises to feed our frenzy of idealism. They act as concertmasters, playing our emotions like violin strings to elicit the song they want to hear—their own personal song of victory.

Their machinations produce divisiveness amongst the normally rational people—whipping them into diatribes against each other in social media and ruining friendships.

When we as individuals have lost our moral compass, we forget that hoping to find a politician to legislate moral changes is like asking a flea to run a circus.

It’s as if we as a nation have a secret wish for someone to set boundaries for us in the hopes that everyone will act like we think they should.

Democracy doesn’t work that way. The last great effort to legislate personal behavior occurred with the passage of the 18th Amendment—Prohibition.

Abortion isn’t the Issue: Sex Is

I have seen and heard friends, acquaintances, and strangers stump for a particular politician under the battle cry of, “I’m not voting for a baby-killer! That’s why my vote goes to ________ (insert name of politician)!” It sounds dramatic. It sounds as if by voting for an ‘anti-abortion’ candidate the speaker has taken the high moral road. 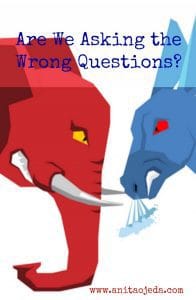 In all reality, we ask the wrong questions and fixate on the wrong answers. We don’t need more legislation in our country: We need more education.

As a society we have gone from expecting Lucy and Desi to sleep in separate beds on the I Love Lucy show to watching people on television engage in casual sex with strangers. No one seems very upset by this.

We can’t fixate on the moral outrage of abortion if we don’t feel moral outrage about what goes over the airwaves. Because, face it, folks, you can’t get unexpectedly pregnant if you don’t have sex. We have accepted the lie that we can have sex outside of marriage without consequences.

The Ad Council had an ad campaign about twenty years ago with the tagline, “Get drunk, get high, get STDs.” As if the only consequence of irresponsible behavior was a sexually transmitted disease.

Sex has become entertainment. We as a nation claim enlightenment and a shedding of prudish values, but we have failed to face the irrevocable fact that sex results in procreation.

Not all of the time. But enough of the time to make people consider aborting a life that their actions created.

Despite what politicians promise, they do not hold the last strands of the moral fiber of the United Sates in their hands. No politician has the power to make our country great. We the people make our nation great. We should never abdicate that responsibility to a politician.

No politician has the power to make our country great. We the people hold that power. Click To Tweet

Therefore, every citizen holds a responsibility to educate him or herself and use their money where their mouth is.

Parents must remember that children watch far more than they listen. If children see their parents denigrating and vilifying people who hold opposing views they will do likewise.

Parents act as gatekeepers to their children’s moral makeup. We can’t expect politicians (or teachers, or pastors, or youth leaders) to do that job.

Parents act as #gatekeepers to their child's moral makeup. Don't abdicate your right to politicians. Click To Tweet

Politicians can’t solve the abortion question through legislation. Parents can solve it through education. Prohibition lasted 13 years and produced more criminals and crimes. It also produced a more tolerant attitude towards alcohol. In 13 years, what can we as parents accomplish without relying on politicians?

1. Link up your most inspirational post from the previous week.

2. Vist TWO other contributors (especially the person who linked up right before you) and leave an encouraging comment.

Please link back to this week’s post or add the button to your post so that we can spread the inspirational cheer :).