Chilling and Thrilling Books to Keep You Up Late

HomeChilling and Thrilling Books to Keep You Up Late 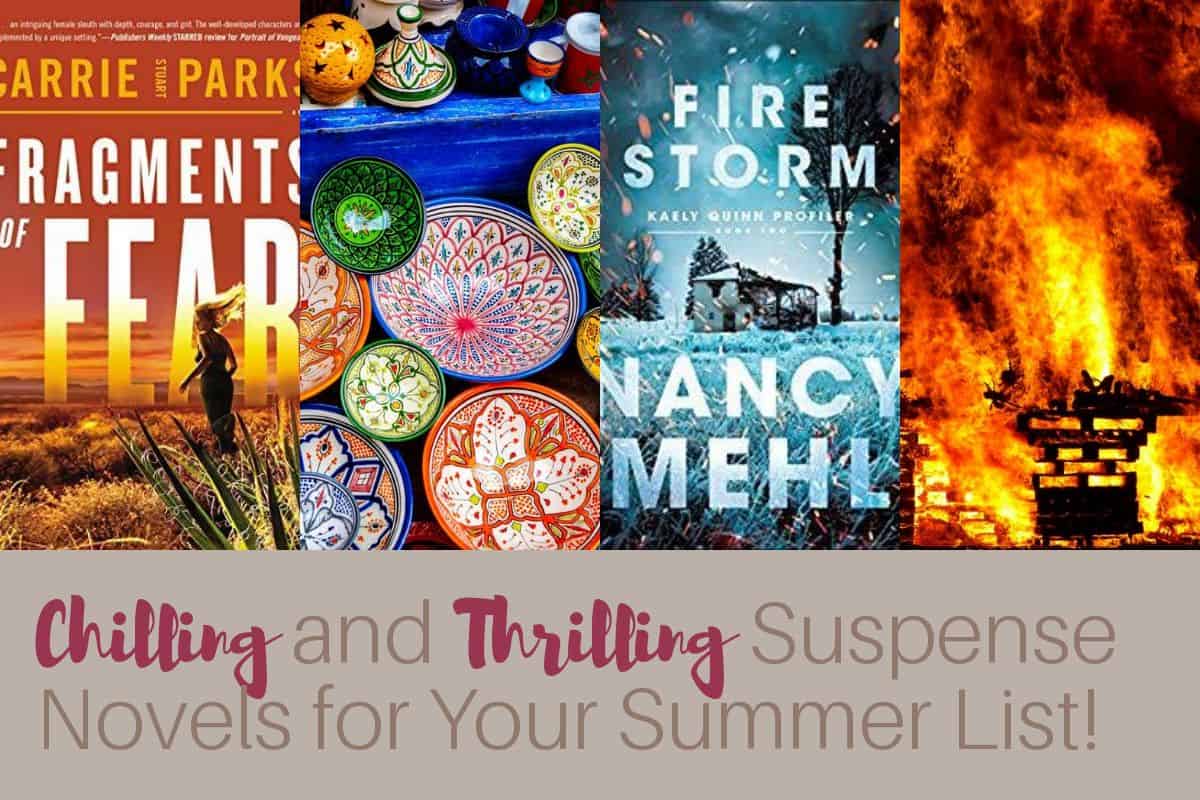 These two chilling and thrilling suspense books will keep you up late at night. Good thing it’s summertime!

Tavish (her mother insists on calling her by her given name, Evelyn Yvonne McTavish), grieves Andrew James’, her fiancé, death alone. Her wealthy mother has a more pressing matter. , d with recovered paintings rates higher than supporting her heartbroken daughter.

Tavish and her mother, Helen Richmond, seem to mutually disappoint each other at every turn. Helen builds business empires and Tavish just wants to explore her art.

As an heiress, Tavish can do what she wants. After Andrew’s death, Tavish hounds the police department, insisting that Andrew would never kill himself. The police insist Andrew killed himself.

When a pound calls to tell her they have her dog (she doesn’t own one), she returns the dog to its rightful owner and stumbles upon a crime scene. But because of the incident with her fiancé, she has little hope that the police probably will believe her.

One bizarre event follows another as Tavish tries to figure out what’s going on. Maybe she’s losing her mind because no one seems to believe her when she tries to tell them about the murder, the missing man, and people following her. Until she meets a guy at her gallery opening. And then stumbles across him again at an archeological dig.

Agent Sawyer Price doesn’t really believe in love at first sight. But when he sees Tavish for the first time, his befuddled mind can’t spit out a coherent sentence. He thinks he must have offended her because she leaves the gallery with tears shimmering in her beautiful eyes. He buys her drawing and manages to snag a look at her contact information. He has no idea what he’ll do with the intel.

And then she shows up in the middle of the night at the archeological dig where he has worked undercover for the past eight months. She tells him a story so bizarre it could only be true(B she can’t be crazy). When he finds a tracking device in her car, it confirms his analysis. And just maybe her story and his dead-end case have something to do with each other.

Carrie Stuart Parks keeps the reader guessing and on her toes as each new chilling twist and turn unfolds. It seems as if someone wants Tavish dead, and they’ll go to great lengths to make it look like an accident.

What do her mother and her stolen art have to do with the threats to Tavish’s life? As Tavish digs deeper into the mystery, she slowly comes to understand that crystals and mantras can’t save her from anxiety or harm.

Kaely Quinn, a behavioral analyst for the FBI, answers her brother’s plea to take time off from work and help out with their mother. Kaely and her mother don’t have a good relationship, but Jason made it sound like their mom might not survive this round of cancer.

As a Christian, Kaely knows she needs to reconcile their relationship. But after almost losing her life earlier in the year, she doesn’t know if she has the emotional energy to do the hard work.

When she arrives in Darkwater, Nebraska, her mom seems worse off than she expected—and her brother near the brink of exhaustion from his caregiving duties. When Kaely glances at the local newspaper, she’s convinced a serial arsonist has come to town. She’s suddenly torn between stopping evil, reconciling with her mom, and Jason’s need for shared caregiving duties.

Special Agent Noah Hunter worries about Kaely, his sometimes partner in the St. Louis field office. He’s not looking for a relationship—he still hasn’t recovered from the death of his first love, but Kaely has become a good friend. He offers to take some time off and hang out with her in Darkwater as soon as his current case closes.

Instead, his boss gives him a temporary assignment out of Omaha and calls Kaely back from vacation to assist Noah. The unusual assignment gives them time to pursue the serial arsonist while assisting in the of a drug cartel.

Only it appears that the serial arsonist has started to pursue Kaely. Who can Noah and Kaely trust in a town full of secrets and will they make a fatal mistake in who they choose.

Why I Love this Chilling Story

This second book in the Kaely Quinn Profiler series will keep you riveted to your chair. You don’t have to read the first book in the series (although, why not?) in order to enjoy this title.

I love how Mehl delves deep into characters, their emotions, and motivations. Kaely, a Christian, struggles to do what she knows God wants her to do. Noah, a skeptic, realizes Kaely’s relationship with Jesus has made him question his rejection of God.

It takes a special author to blend faith and chilling mysteries together into page-turner!