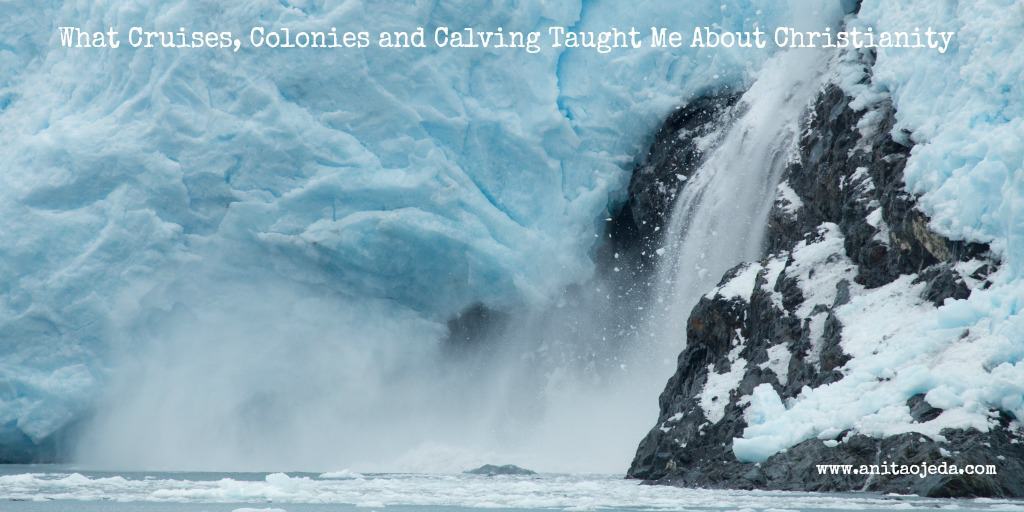 We arrived at the dock twenty minutes early for our cruise out to Blackstone Glacier. A few shards of sunlight had poked through the clouds, and I hoped to have beautiful light for taking photos.

The Kenai Star, a beautiful little 76-foot-long ship operated by Major Marine Tours, had room for 166 passengers. The main level had an enclosed dining area with the buffet at the front of the ship. A protective awning covered the open second deck area behind the wheelhouse. Two Forest Service naturalists ride along on the tours to narrate and educate. Our captain knew a fair amount about wildlife as well, which made the trip more enjoyable because he willingly stopped whenever we spotted something of interest.

We cruised out of the harbor into Prince William Sound and angled towards the far shore to see a Black-legged Kittiwake colony. Swarms of small gulls (the kittiwake belongs to the gull family) circled around a waterfall that tumbled down jagged black rocks.

The gulls build nests right on the rocks in giant, noisy, smelly, colonies. According to the naturalist, they band together for protection from predators. When a bald eagle swooped in, I understood what he meant. The rocks emptied and the sky whitened with swirling birds—bewildering the poor eagle. Of course, the eggs and newly hatched chicks got left behind—leaving them vulnerable to other predators. 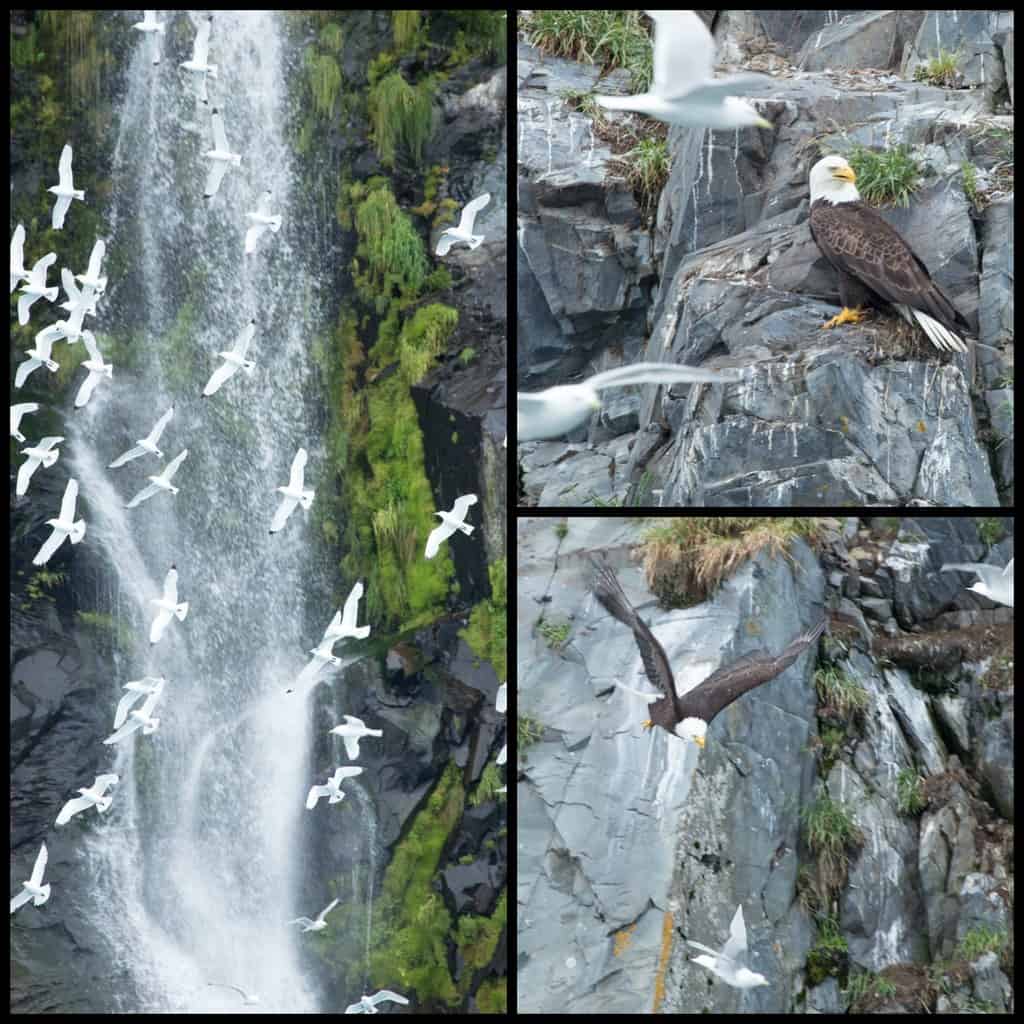 On our way to Blackstone Glacier, we passed harbor seals, Steller Sea Lions, sea otters, and Pigeon Guillemots. The clouds obscured the sun, and I felt a little sad that I wouldn’t see the glacier in bright sunlight. Until the captain told us that the glacier colors appear more blue and aqua without direct sunlight. 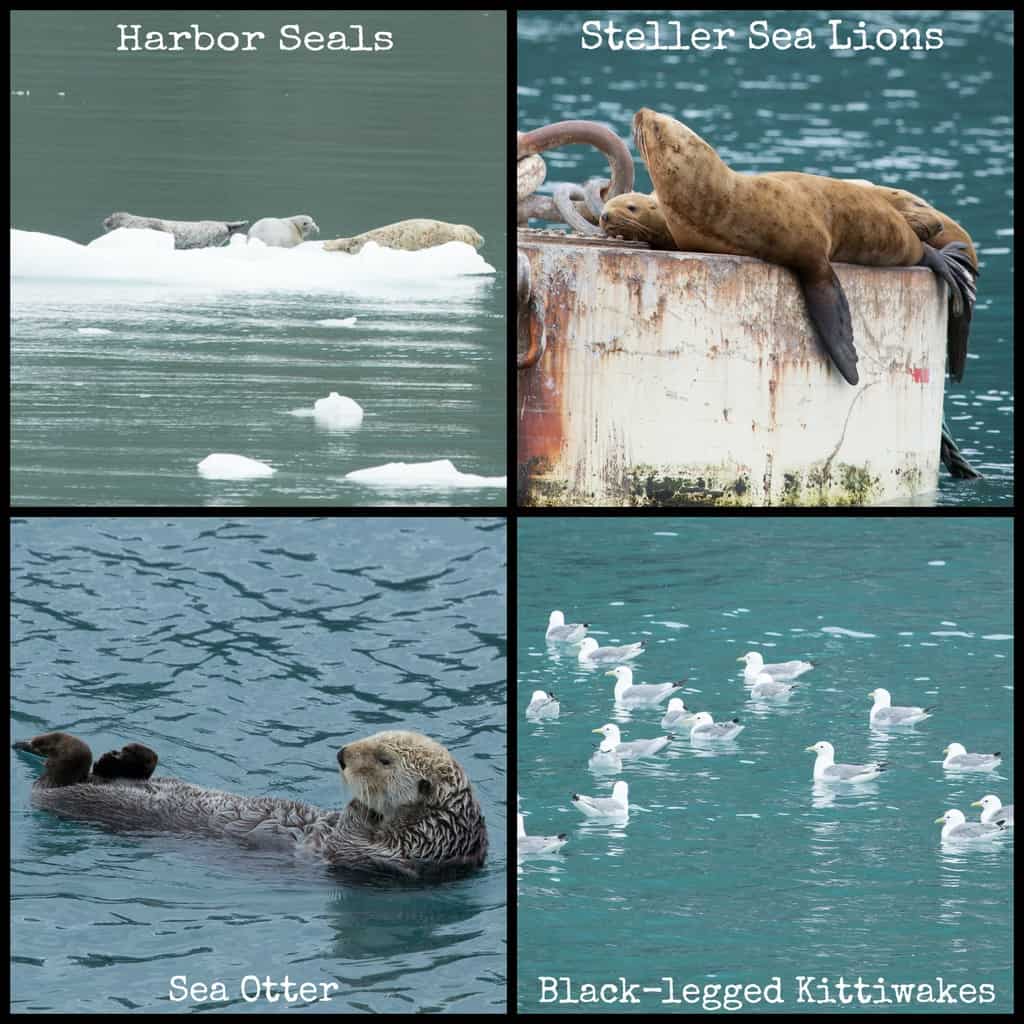 As we approached the glacier, the captain slowed the ship and held it in place. The passengers lined the rails, waiting to see if the glacier would calve. I snapped hundreds of photos of the serene aqua glacier, the green hills around it and the birds that hovered near it.

A moaning, groaning sound turned my attention back to the glacier. “That’s the sound that comes become it calves!” the captain informed us. Sure enough, a minute later a big chuck of ice broke off and splashed into the ocean.

Pedro and I grinned at each other. Our wish had come true, and we had learned a lot about glaciers along the way. “I guess that’s why they call it calving,” I told him. “It sort or sounds like an animal in labor right before a chunk breaks off.”

On the return cruise, the mates fished for glacier ice and set the chunk they recovered on the bar where we could all get a close-up look. The extreme density of the ice absorbs every color of the light spectrum except blue—so that’s what we see. Back when I visited Alaska in the 80s, someone told me that worms in the ice caused the intense blue color. 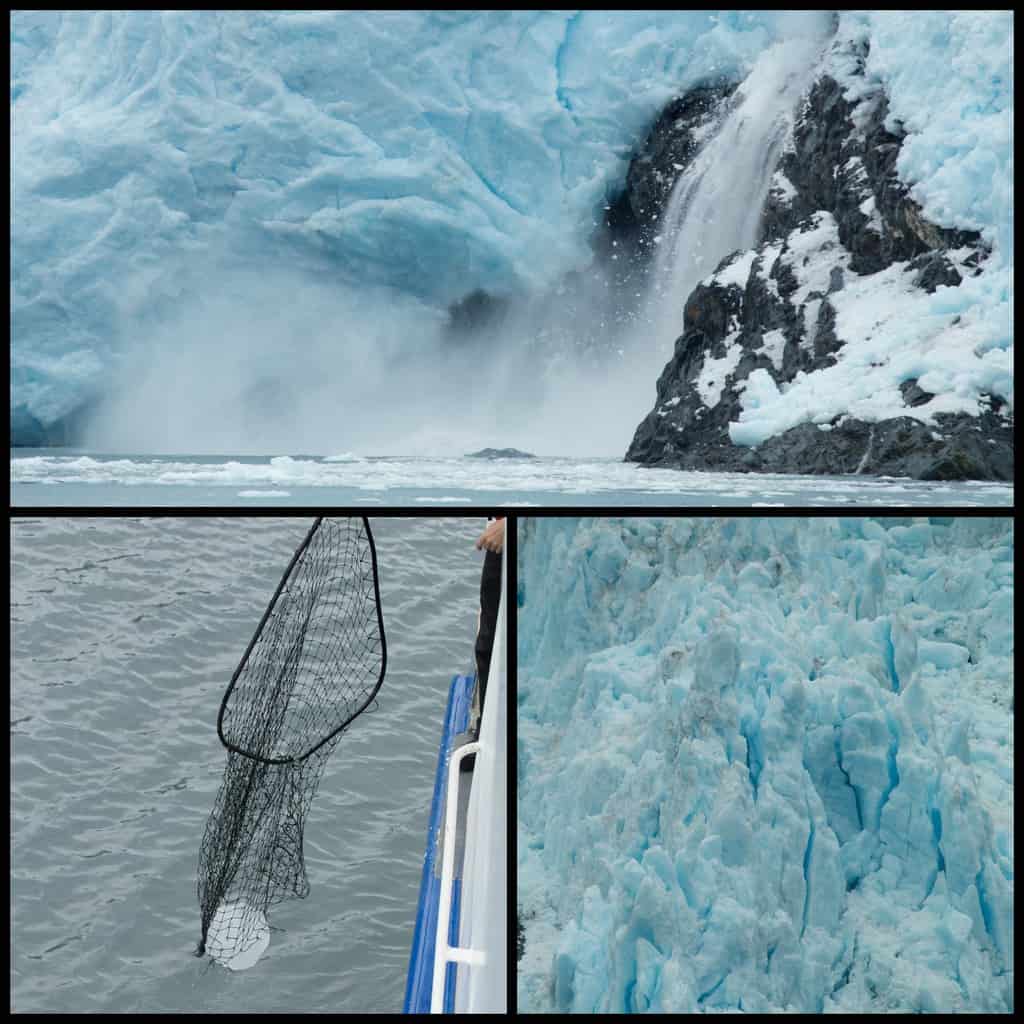 As we pulled back into the harbor and slipped into berth between the luxury liner and the shore, I thought about the differences. Each ship serves a different purpose—one to entertain and one to educate.

The education made me feel a little uncomfortable, though.

Although I sometimes joke about the glacial rate of change within a church, do I ever think of the other qualities of a glacier? For example, do we listen for the calving cries of members who have given up hope and are set to fall away? Do we immerse ourselves in Jesus to the point that we absorb his character and spread heavenly blue light to those around us?

Beauty Tip #19: Spend time in nature and reflect on the lessons God presents in his second book.

Q4U: What lessons have you learned whilst out in nature?