Historical Inspirational Romances that will Grip Your Attention

HomeHistorical Inspirational Romances that will Grip Your Attention 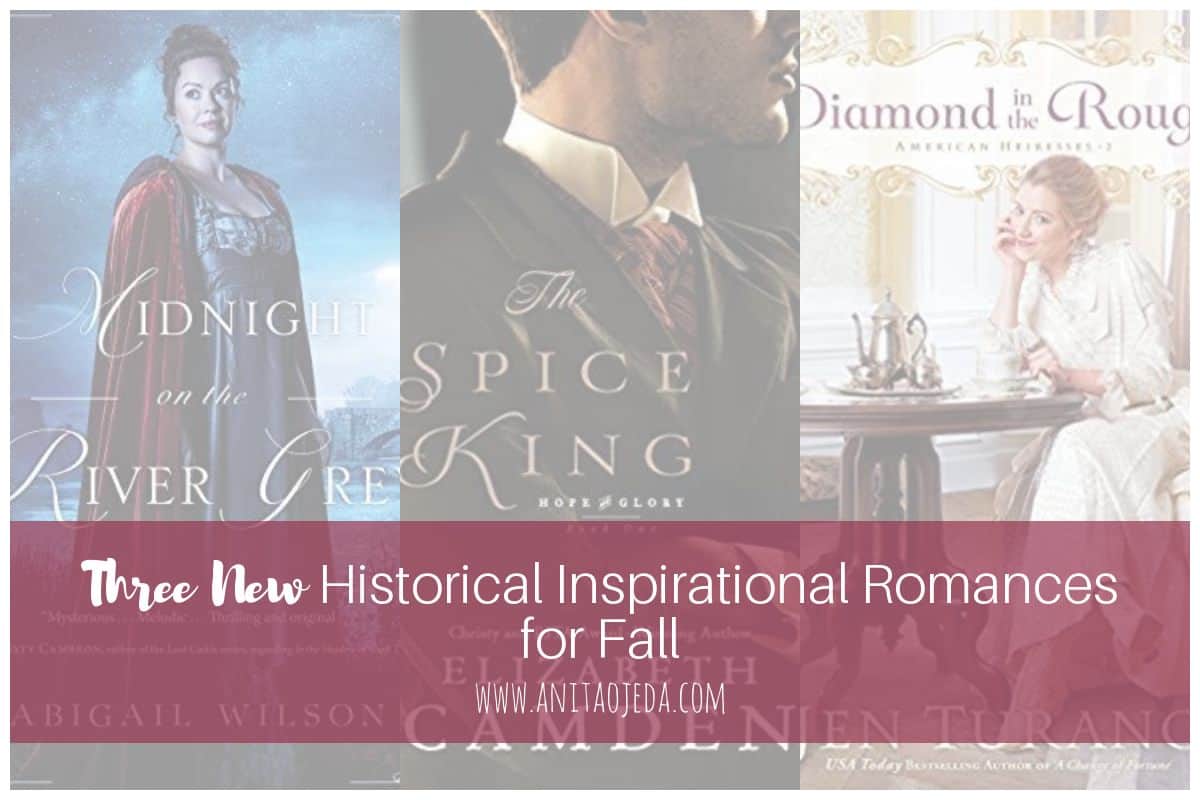 Midnight on the River Grey

Once you start this book, you’ll need to hang a ‘Do Not Disturb’ sign around your neck. In Wilson’s second Regency gothic novel, Midnight on the River Grey, Rebecca Hunter and her Aunt Jo find themselves living in genteel poverty in London. As an unmarried woman with no close male relatives, Rebecca’s guardian, Mr. Lewis Browning, holds her future in his hand.

Unfortunately, Rebecca and Aunt Jo suspect that Mr. Browning’s hands may have caused the death of Jacob Hunter, Rebecca’s beloved older brother. When Mr. Browning visits them in London and announces that he will sell the house where the two women live and open his home at Greybourne Hall to them, neither woman knows how she will bear the terror of living in a suspected murderer’s home.

But Rebecca bravely sets out to Greybourne Hall, certain that she will finally uncover the truth of Jacob’s death. Once she arrives, strange things start occurring. Aunt Jo’s dog disappears for days. Someone visits Rebecca’s room while she sleeps. A midnight rider frequents the area near the Hall. Mr. Browning’s friend meets an untimely death.

Through it all, Rebecca experiences increasing fits of terror at night—confirmation that she, too, will die a slow and tortured death. Just as her mother did. Rebecca’s investigations into her brother’s death make her question the general assumption in the village that her guardian murdered her brother.

As she learns more of Mr. Browning’s true character, she doubts the rumors. Crippled by her past and shackled by her future, Rebecca decides she must trust someone. Will she the right person?

Who Will Love this Book?

Regency era enthusiasts and suspense novel lovers alike will enjoy this book. If you haven’t read Wilson’s first book, In the Shadow of Croft Towers, you’ll want to add that one to your list, as well.

I loved her first book, and I adore her second book. @acwilsonbooks knows how to write atmospheric suspense from the Regency era! #gothic #inspirational #ameading Click To Tweet

Annabelle Larkin might lack city polish and a degree from a prestigious university, but she makes up for it in pluck and persistence. Her job at the Smithsonian Institute in Washington, D.C., only lasts for six months. But her boss has hinted that if she proves herself valuable, another position might open up.

And Annabelle will do everything in her power to remain in the capitol and help her sister fulfill her dream. After all, Annabelle feels she bears the blame for her sister’s condition. But in 1900, opportunities for educated women—especially ones with a degree in agriculture—don’t often come along.

Annabelle writes a letter to the reclusive businessman Gray Delacroix concerning his collection of rare plants. Her letter sparks a terse response, but she refuses to give up. Using her pluck and persistence, she manages to form a friendship of sorts with Gray.

When the feisty Annabelle Larkin shows up on his doorstep uninvited, Gray Delacroix has to admire her pluck. Even if he has no intention of letting her see, much less study, his rare plant collection. But something about her forthright manner and honesty changes his mind, and before he knows it, he finds himself half in love with the fellow botany lover.

While the conditions seem right for a romance, top government officials approach Annabelle with their suspicions that Gray might be a spy. Faced with two horrible choices, Annabelle must decide what to do—do what is right, or follow her heart.

Once again, Elizabeth Camden has taken an obscure topic (food purity and the Food and Drug Administration) and turned it into a panorama of the Gilded Age. Her quirky characters keep the reader rooting for the heroine and hero. The supporting cast contains well-rounded characters full of foibles and flaws. I can’t wait to see who Camden features in book two of the Hope and Glory series.

Check out the first book in Elizabeth Camden's new Hope and Glory series, #TheSpiceKing. You won't want to miss it. #amreading #inspirational #historical Click To Tweet

Diamond in the Rough

Jen Turano’s second installment in the American Heiress series Diamond in the Rough, features Miss Poppy Garrison, newly arrived debutant in New York City. Despite her upraising on a horse farm, Poppy’s grandmother has high hopes that her only granddaughter will achieve the coveted ‘diamond of the first water’ moniker from New York’s upper crust.

And while Poppy possesses beauty, education, and a substantial inheritance, she lacks one thing—the ability to stay out of scrapes. Poppy doesn’t set out to get her tiara stuck on her partner’s in the middle of a quadrille. Nor does she purposely launch herself into the arms of a brooding Englishman.

Mayhem just follows Poppy like a pernicious Pekingese. Or a maladroit Malinois. Her grandmother brokers a deal with Mr. Reginald Blackburn, the brooding Englishman, to help Poppy transform from a diamond in the rough to a diamond of the first water.

Mr. Reginald Blackburn, a cousin to the titled, in-need-of-a-rich-wife Lord Lonsdale, styles himself as a plain ‘traveling companion’ to his cousin. After all, he won’t inherit the duchy (he has an older brother), nor does he own ancestral estates—two things American heiresses seem to crave in a spouse.

And he certainly has no desire to tie himself to an American who is anything but demure. If, and when he marries, he’ll find a pattern card of propriety. And despite his many lessons, Miss Poppy Garrison does NOT fit the bill.

Despite her unsuitability, Reginald soon finds himself embroiled in one chaotic event after another with the beautiful Poppy. But will his omission of truth ruin his friendship with her?

You’ll Love this Book if…

Readers of historical inspirational books who also love a lighthearted read with a twist of intrigue and a healthy dose of romantic comedy will adore Turano’s newest book. Her characters sparkle from the inside out. I love a good melodrama, especially one where everyone from the villain to the hero has well-developed characters.

You’ll find it tempting to read this book from cover to cover in one sitting.

@JenTurano has done it again! Another historical inspirational book with a quirky heroine who'll lead you on a rolicking adventure! #amreading #historical #inspirational Click To Tweet