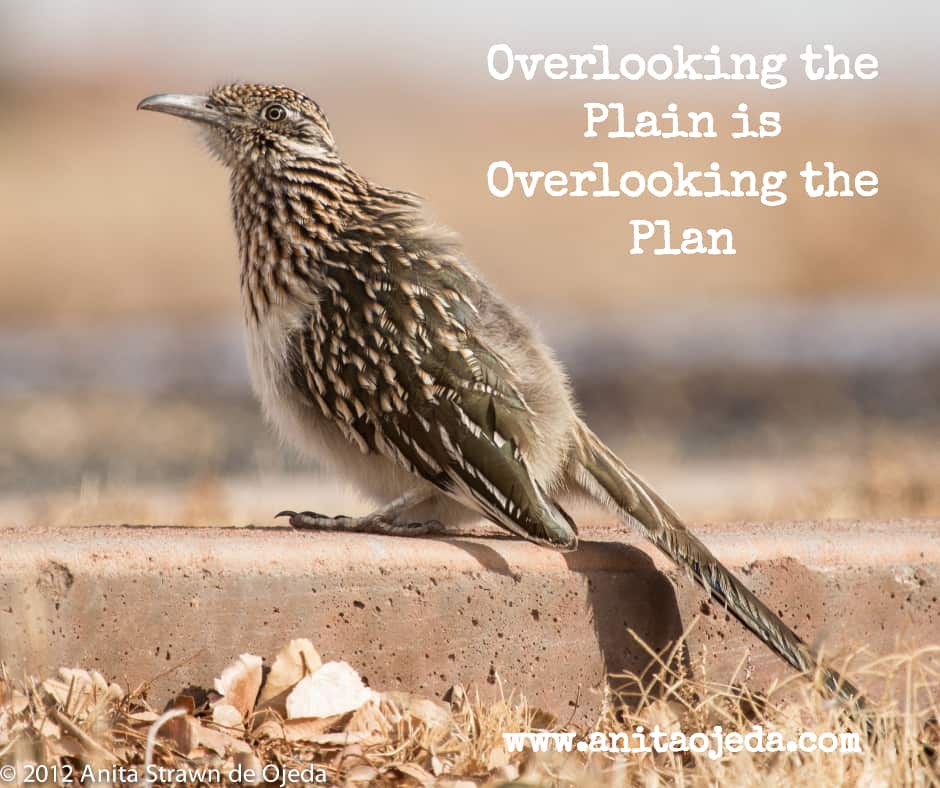 I spotted a bird sitting on the curb across from my house as I headed out the door for a run. Never one to miss a photo op with a bird, I ran back inside for my camera. I thought that perhaps the resident juvenile Cooper’s Hawk had dropped by for a visit.

Focusing the lens, I called out to my youngest daughter. “Sarah!  It’s not my hawk, it’s a roadrunner!”  We took turns looking through the lens, than I decided to get closer for better photos.

I walked quietly to the large tree that borders our street, crouched down behind it and watched and photographed the roadrunner for five minutes before he decided to cross the road to a driveway on the other side of the parking lot. I casually strolled to the middle of the road and sat down about thirty feet from the bird—the first one I’d ever seen close up.

He hunted insects and kept an eye on me, while I pondered his plainness. The thermometer hovered in the mid thirties, and I had better things to do than sit in a gravel parking lot watching a plain bird. I had dozens of shots of him, and I needed to start my run before I lost my motivation. But an overheard conversation kept me rooted to the ground. At a recent dinner, someone had said they’d seen a roadrunner in our area. “I never realized they had so much green and blue and were so pretty!” our guest had exclaimed.

So, I inched closer and closer to the roadrunner, staring through my camera lens, trying to see blue and green in the drab brown, white and beige of the hungry roadrunner.

After forty-five minutes of sitting in the cold gravel, I decided I had wasted enough time and really needed to start my run. At that moment, the roadrunner raised his crest and flared his tail—and a whole new bird magically appeared before my eyes.

A brilliant patch of red and white opened up behind his eyes as he lifted his crest. He turned quickly and held his tail at a different angle—illuminating the feathers and changing them from dull black to peacock-worthy blues and greens. 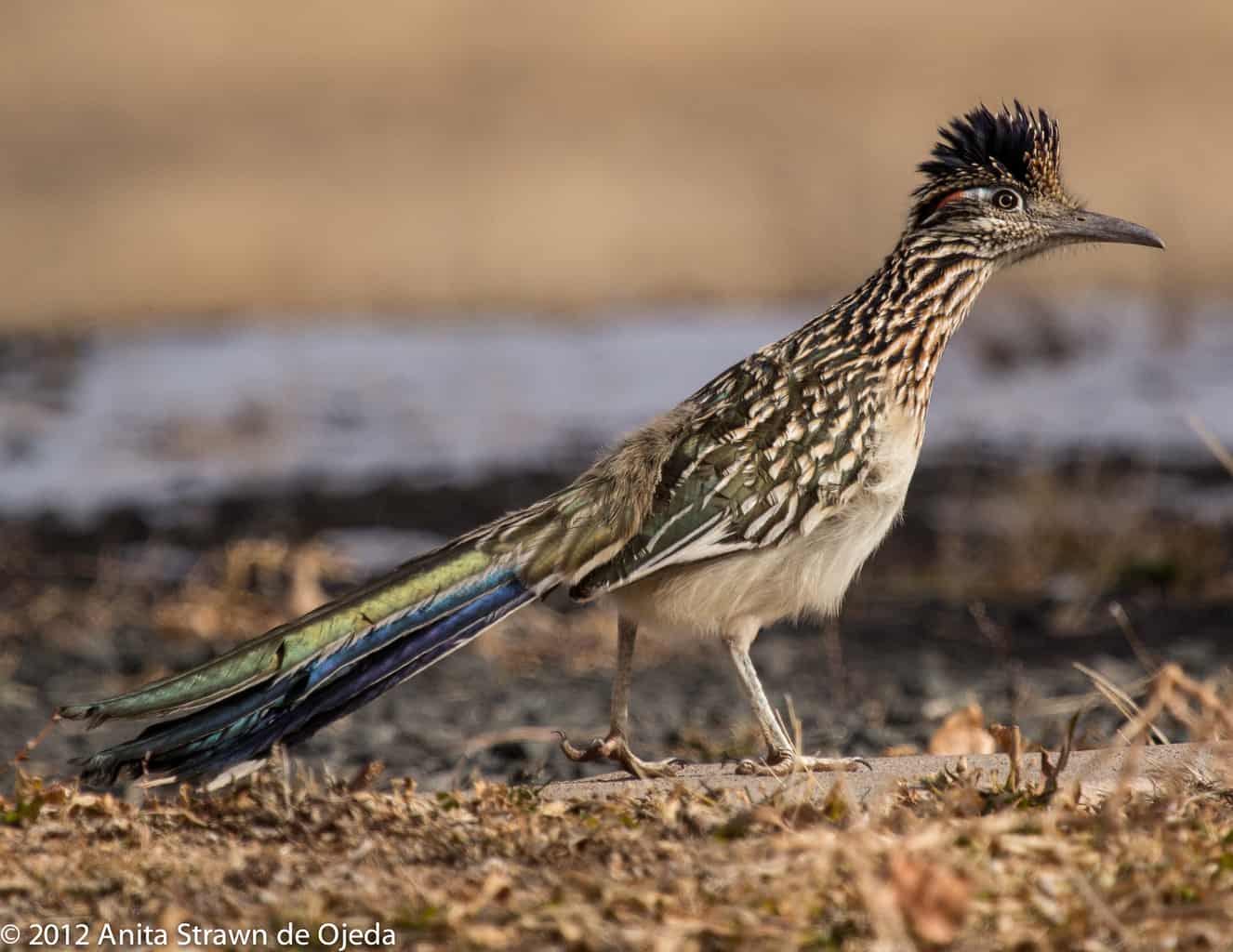 It struck me—how often do we see someone and mentally cross him or her off our list of possible friends because they appear drab and plain and uninteresting. If not for the overheard positive comment, I would never had taken the time to really observe a roadrunner, and I would have missed the magical beauty hidden in a shy bird.

Look for the Plan, Not the Plain

I want to state the positive about others more often. Someone listening to my casual conversations might overhear and have a better opinion of someone. I will spend time getting to know people, for God has gifted each of us with inner beauty that bears observing. I will remember the lessons in love I learned from a lowly roadrunner.

You should clothe yourselves instead with the beauty that comes from within, the unfading beauty of a gentle and quiet spirit, which is so precious to God. 1 Peter 3:4

And when God looks at us on our very worst days, days when we feel plain, drab, without meaning or purpose, he sees us at our greatest potential and beauty—can we dare see ourselves as less than God sees us?

Should we dare to see ourselves as anything less than God sees us? No! #innerbeauty #InspireMeMonday Click To Tweet

Q4U: What lessons have you learned from God’s second book?