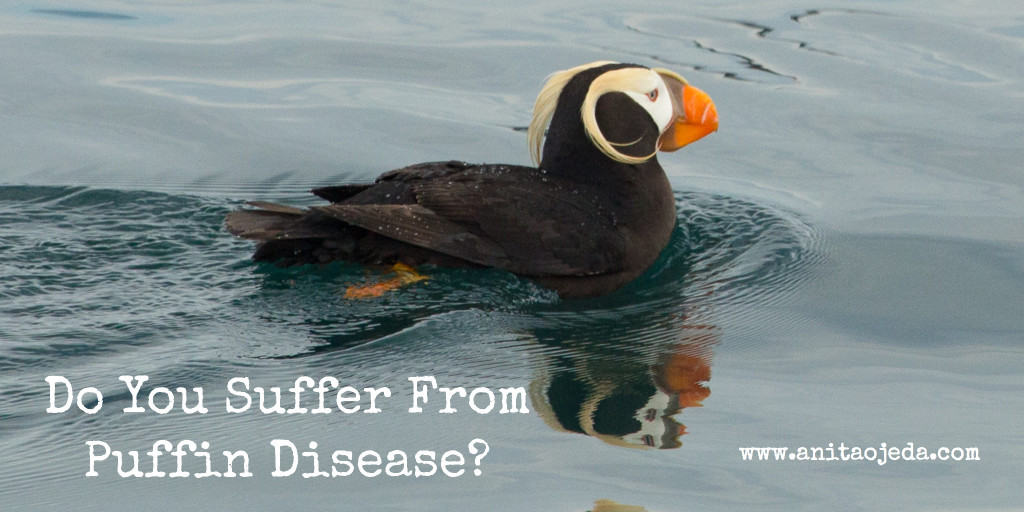 Next Stops, Puffin Paradise and Seldova

I spent my first night alone at a roadside pullout just north of Homer. When I woke up the next morning, I discovered that someone else had pulled in to camp behind me. I couldn’t decide if having someone camp in the same pullout made me feel safer or creeped-out.

After a quick breakfast, I headed into Homer to catch a ferry to Seldova, where friends of my parents live. I had met Paul and Ginny Chissus once when they volunteered for a week at the school where I worked in Montana. My parents had spent several weeks in Seldova when they drove to Alaska six years ago, and they assured me that I needed to visit as well.

Since I didn’t know how long it would take me to drive back to Montana alone, I didn’t have time for a long visit. I also didn’t have the money for a private tour of the wildlife around Homer, so I found a ferry to Seldova that makes a point of finding wildlife along the way.

The captain and crew of the Discovery have backgrounds in biology or animal science. On the way to Seldova they seek out sea otters, whales, puffin, and other marine wildlife. The arrival time in Seldova depends on how many whales take them slightly off-course.

This works out perfectly for someone like me who wants to see and photograph wildlife but doesn’t have the budget to go on a private tour. I had already seen sea otters. Humpback whales frolicked off shore in California on my birthday back in June, so I already had some cool shots. But puffins? I had never seen a puffin before.

Instead of heading straight towards Seldova, the Discovery detours around Gull Island—a small outcropping of rock which hosts up to 20,000 birds. You can imagine the smell and cacophony of sound.

The biologist on board explained that a puffin digs deep burrows on steep cliffs for their nest. They choose their nesting location on small barren islands to avoid their natural predators—the arctic fox. The burrows also protect the puffin pair’s single egg from gulls and their chick from snowy owls and eagles.

When not brooding their egg or strutting near their burrow protecting their offspring, puffins hunt. They can dive down about 80 feet in search of fish, octopus, or squid. They use their wings to move through the water and their feet as rudders. Unlike some birds, puffins can’t glide during flight. But they can beat their wings 300-400 times per minute. Compare that to the largest hummingbird species, which beats their wings 600-900 times a minute.

Puffins also have amazing beaks that experience seasonal changes. During breeding season, the beaks turn a brilliant orange color. After breeding season, they molt their colorful beaks, leaving a smaller, dull-colored beak. Puffins have a unique combination of spiny palates and raspy tongues that allows them to ‘tack’ fish in place so they can continue to fish without losing their earlier catch. Puffins can carry between 5-20 small fish at once.

As we neared Gull Island, I saw a flash of black, white and orange as a small group of birds took flight from the surface of the ocean. We saw a small group of puffins guarding their burrows high on the cliff, too.

The rest of the trip to Seldova included Humpback whale sightings and passing near two giant otter rafts—one of which had over 75 mother-pup pairs!

When we disembarked at Seldova, I gathered my belongings and headed up the gangway. By this time, the sun had warmed everything up, and I didn’t look forward to walking the mile out to Ginny and Paul’s. As I neared the top, someone called my name—Ginny and Paul! They recognized my hair—the third time in two days someone had known my identity based on my hair.

They whisked me away to their home and fed me a yummy lunch while we chatted about my parents and Alaska. Afterwards, they gave me a tour of their tiny, but charming town. Once again, a potentially lonely situation had turned into a delightful interlude because kind people had gone out of their way to welcome me.

Because we had spent so much time viewing wildlife on the way in, we had less time on shore. Ginny and Paul returned me to the dock in time for my departure. Their kindness made my second solo day so much easier.

On the trip back, I gazed over the open waters and thought about adaptability for different seasons. The puffin never mourns the loss of his bright orange colors and extra–spacious beak once breeding season has passed. What makes him stand out in the profusion of spring beauty would only make him a target on the dull open waters of his winter habitat.

Seasons Are Meant to Change

I, too, have had to adapt and change with the seasons in my life: adolescence, newlywed, mother with young children, caregiver to my critically ill husband during his season of cancer, mother with snarly teenagers seeking autonomy, mother of the bride, empty nester, mother of an adolescent in crisis, and soon-to-be-grandmother. 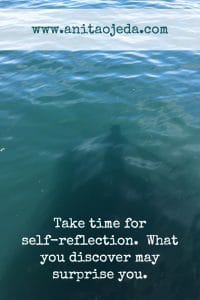 Unfortunately, I tend to settle into an adaptation and not realize the season has changed whilst I settled in to a comfortable spot. I pat myself on the back for my adaptations and accomplishments. Even worse, I strut near my burrow looking down my beak at  other mortals because they don’t seem to have adapted as nicely as I have. I easily forget the difficulties of my accomplishment and that I would have loved to hear someone cheer me on.

Perhaps my word of focus for the year that approaches should be ‘Puffin’ because I’m always puffin’ myself up. In the process, I fail to affirm others. Paul has some great advice in Philippians 2:3 “Do nothing out of rivalry or conceit, but in humility consider others as more important than yourselves.”

Whether puffin ends up as my word for 2017 or not, I want to take Paul’s advice to heart.

I suffer from #puffin disease all too often. I want to affirm others, not puff myself up. Click To Tweet

Q4U: Do you struggle with staying content, positive, and affirming during different seasons of your life?

1. Link up your most inspirational post from the previous week.

Please link back to this week’s post or add the button to your post so that we can spread the inspirational cheer :).