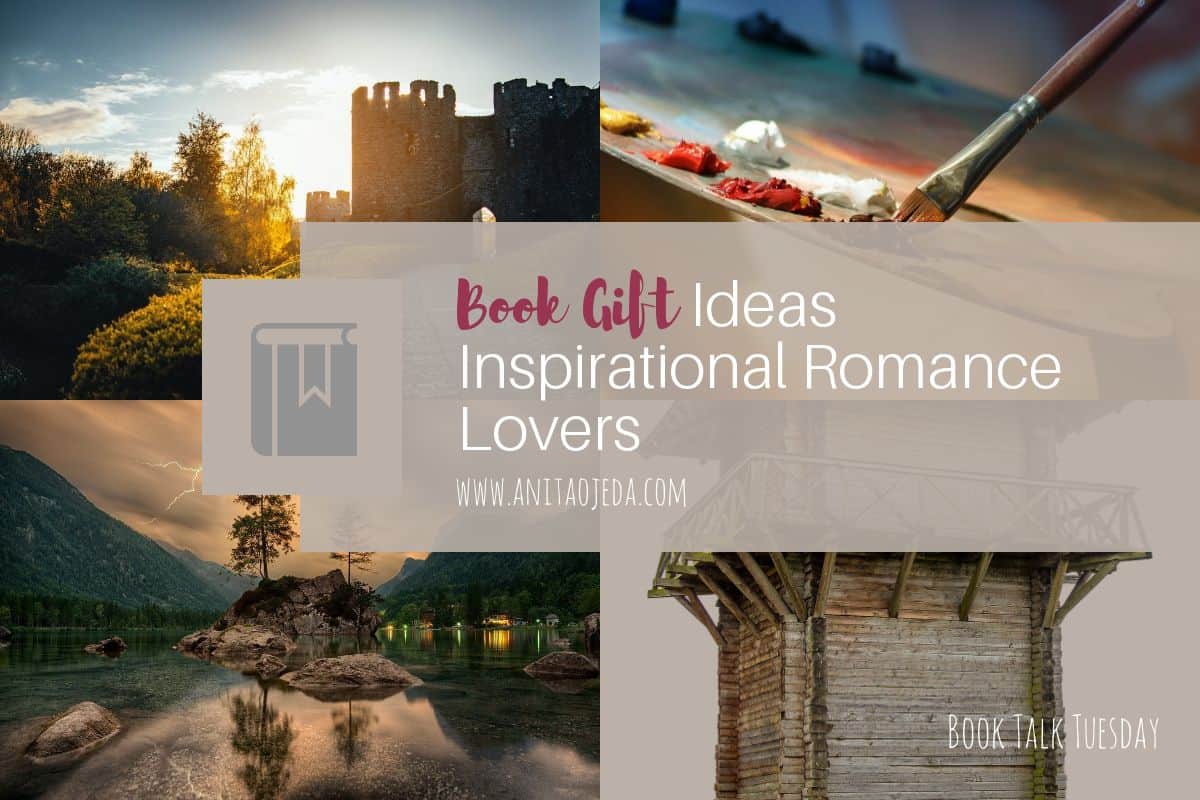 Looking for the perfect gift for the inspirational romance lover in your life? Check out these three new releases set in unique locations: island, fort, and castle. Gift-giving made simple!

The Bridge to Belle Island

Benjamin Booker has failed. He thought this important case would bring honor to his mentor’s firm, instead, a beautiful face snookered him into believing a lie. A lie that could cost the law firm’s reputation.

Word travels fast in London, and Benjamin’s court loss will surely confirm to his father and brother that he chose the wrong profession. But Benjamin has no desire to work with sick or dead people as an apothecary or investigator. He loves the law and all its nuances.

In the wake of a shocking murder, Mr. Hardy, Benjamin’s mentor and employer, asks Benjamin to travel to Belle Island. Mr. Hardy has questions for the reclusive owner about the murder of her guardian and Mr. Hardy’s law firm partner, Percival Norris. Benjamin agrees with alacrity—anything to escape the gossip of London. Even if the trip might bring on one of his episodes.

Isabelle Wilder hasn’t left Belle Island in over ten years. Ever since the tragic death of her parents in a carriage accident, the thought of crossing the bridge from her island to the mainland fills her with physical anguish.

Isabelle works diligently to keep the estate afloat, but her guardian insists they need more streams of revenue in order to stay solvent. When Mr. Booker shows up one day and questions her about her whereabouts on the night of her guardian’s murder, Isabella knows she has the perfect alibi. She hasn’t left the island in ten years. Everyone knows that.

But do they? The more Mr. Booker pokes around, the more Isabelle questions her own sanity. Will he uncover the killer before more people die?

Who Will Love This Book

This fast-paced Regency mystery from Julie Klassen will keep readers guessing to the very end. Klassen’s characters may live in the 1800s, but they share common problems with today’s reader: believing false narratives, phobias, and struggles to reconcile a loving God with the tragedies that surround us.

Readers who love Jane Austen and Georgette Heyer will love this book. If you’re already a fan of Kristi Ann Hunter, Melanie Dickerson, and Abigail Wilson will love the combination of mystery and history.

I love pretty much everything Julie Klassen has written, so if you’re looking for multiple books for inspirational romance readers, you can’t go wrong!

Caroline Adams returns home to Fort Reno with her friend Amber Herald just days before the official opening of the unclaimed lands in the Oklahoma Territory. When Amber’s fiancé finds out he has to guard the line and won’t be able to lay a claim, Caroline and Amber concoct a plan to join the race.

Caroline, eager to strike out on her own and test her mettle, knows a shortcut through rough terrain that should guarantee her a chance to prove up on her 160-acre claim.

Frisco Smith has longed for home and community ever since he could remember. Growing up in a foundling house, he never had the opportunity to belong to anything for any length of time. His solution? Take his chance at starting a town in the unclaimed lands of Oklahoma Territory.

He makes forays into the territory to scout and plan. Although he often risks capture by the soldiers at Fort Reno, he knows his advocacy of opening up the territory will benefit thousands of people. He also knows a shortcut that will get him to his planned townsite ahead of the crowd—without resorting to cheating.

But what happens when two determined people claim the same section of land? Especially when they have known each other for years?

Jennings features the beautiful (and apparently spoiled) Caroline Adams in this third installment of the Fort Reno series. History buffs will love the detailed research the author does into the Oklahoma landrace. Inspirational romance enthusiasts will love the sparks that fly between two strong characters that appear to have little in common.

Don't miss the third installment in the Fort Reno series by @ReginaJennings! #TheMajorsDaughter will delight you with it's fast action, intriguing premise, and well-developed characters. #amreading #BethanyHouse #NetGalley… Click To Tweet

Kiera Foley, little sister to brothers Cormac and Quinn (heroes in two of Cambron’s other books), has come home to Dublin to nurse her broken heart at the home she left years ago. She has no plans to leave until the enigmatic Emory Scott comes into her family’s pub one night with a mysterious job offer.

Emory offers her an astounding amount to just show up at Parham Hill estate and tantalizes her with hints he might have a portrait by the famous Franz Xaver Winterhalter. And despite her bruised emotions and stalled professional career, Kiera shows up. Although Cormac distrusts everything about Emory, Kiera feels a strange peace in his presence. Perhaps she can learn to trust again.

The mystery takes twists and turns that layer together stories from three generations—the mid-1800s, World War II, and the present day. Cambron paints a rich portrait of family, faith, lost dreams, forgiveness, and second chances. The story glows from within with rich textures, mystery, historical details, and intrigue.

You don’t have to read the first two books in the Lost Castle Novels series, but why not? They won’t disappoint. In fact, the set would make the perfect Christmas gift for the inspirational romance reader on your list.

Fans of Jamie Jo Wright will love the multigenerational storylines. And, of course, lovers of history and castles and relationships that abide throughout adversity will adore Cambron’s Lost Castle novels.

The perfect #gift for readers who love castles and history along with a shot of mystery. Check out #ThePaintedCastle by @KCambronAuthor #amreading #ThomasNelson #NetGalley Click To Tweet