What They Meant for Evil

HomeWhat They Meant for Evil 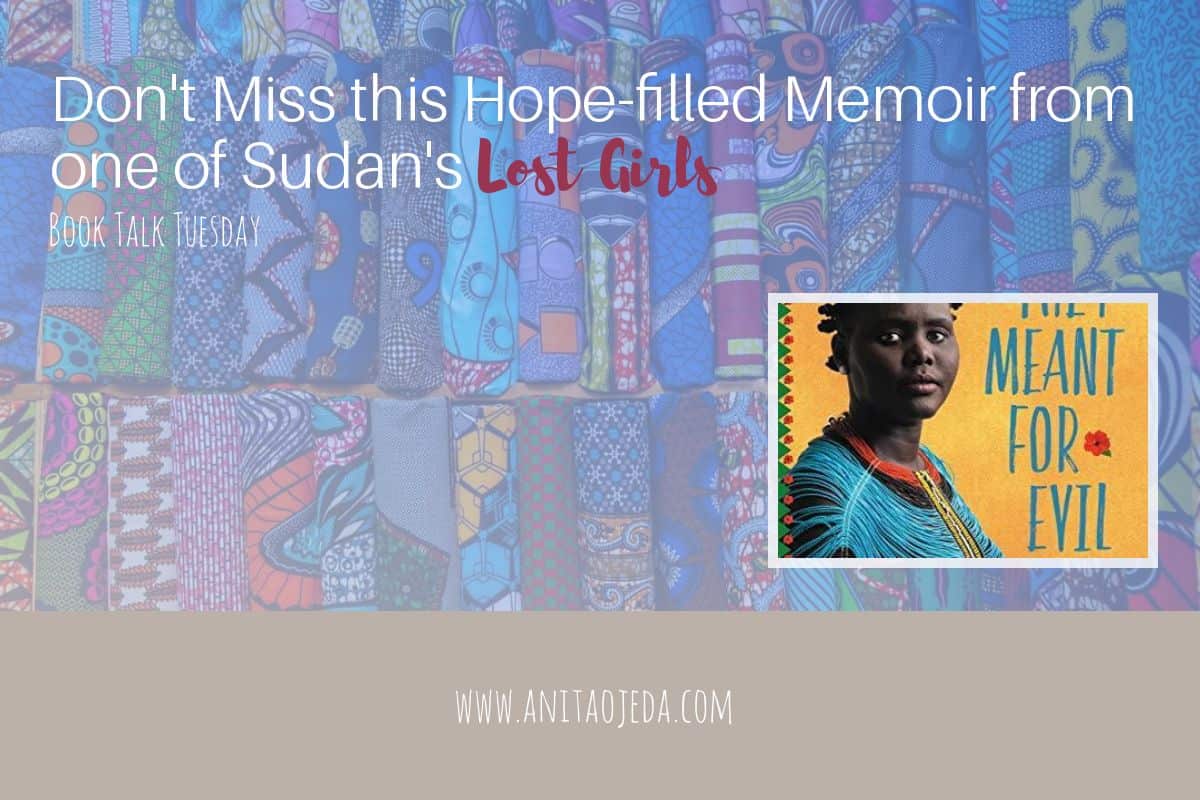 You won’t want to miss this memoir from one of Sudan’s Lost Girls (bet you didn’t even know about the Lost Girls!). Deng tells her story with love and forgiveness, but most of all, hope.

What They Meant for Evil: How a Lost Girl of Sudan Found Healing, Peace, and Purpose in the Midst of Suffering

I remember hearing about the Lost Boys of Sudan back in the 90s, but I’d never heard about the Lost Girls of Sudan. I have a basic knowledge of boys forced into an army, and intertribal and religious warfare disrupting the region.

I’d read the memoir of a young man who had been enslaved during 90s but had no real concept of what went on in the region during this time period. Rebecca Deng’s memoir chronicles one Lost Girl’s story of hardship, loss, deprivation, and redemption.

Deng begins with her earliest memories in her village, her family, and the abundant life they led. By the time she turns six, war shatters her idyllic life and she suffers great loss. War haunts her for the next 20 years.

Her words paint a beautiful portrait of life in Africa and how her people, the Dinka, have a strong community.

“In our culture when a person loses somebody, people go to that person’s compound or house for weeks and stay with them. They cry with them and they wipe the person’s face. They bring that person food and get their water.”

I can’t even imagine living as a refugee for days, months, and years. For Deng, a tent city in a barren land became a way of life. She doesn’t sugarcoat the experience. It depresses those who experience the homelessness, loss of community, and purpose in life. Deng finds salvation in a church community and in attending school.

Her sense of humor keeps the book from ever feeling maudlin. In reference to her first taste of broccoli, Deng says, “[it] looked like a small desert tree and tasted awful.”

Learning Other Ways of Seeing and Knowing

All too often, we who live with plenty think that all wisdom and knowledge originates with us and our culture. We have much to learn from other cultures and their ways of seeing and knowing.

For example, even though her family suffered from intertribal warfare and feared the people with red skin (Arabs), her uncle taught her the universality of humanity. “Do you know that all the people in the world have one race? Their hearts! When you speak the truth or the language that the heart understands, the outside differences don’t stand a chance.”

Her people also encouraged her to pursue her education. “‘Education is your mother and father,’ they told me. ‘You are an orphan, and if you are educated, the knowledge will be your missing parents and relatives.’” Wise words for the current generation living in freedom but undervaluing education.

Deng faced her highest hurdle as she reaches adulthood and learns to forgive those who had meant evil in her life and torn away her family identity and replaced it with a ‘Lost Girl’ status. Her relationship with Jesus helped her realize that, “God believes you are priceless, and your wounds do not define who you are in Jesus.” Wisdom each of us needs to live and breathe and speak into others’ lives.

Who Should Read this Book?

Everybody. If you’ve ever suffered great loss or personal trauma, Deng’s experience will show you how one woman found healing (and maybe you can find healing, too). Those who haven’t suffered greatly need to read the book so that we learn how to come alongside those who have suffered. And everyone could use an infusion of knowledge about other cultures and races in order to help us see the universality of the human race.

Don't miss this memoir by one of Sudan's Lost Girls. @rivkadeng shares her story in a tender, redemptive way that will make you reconsider all you thought you knew. #amreading #lostgirls #Sudan #Dinka Click To Tweet