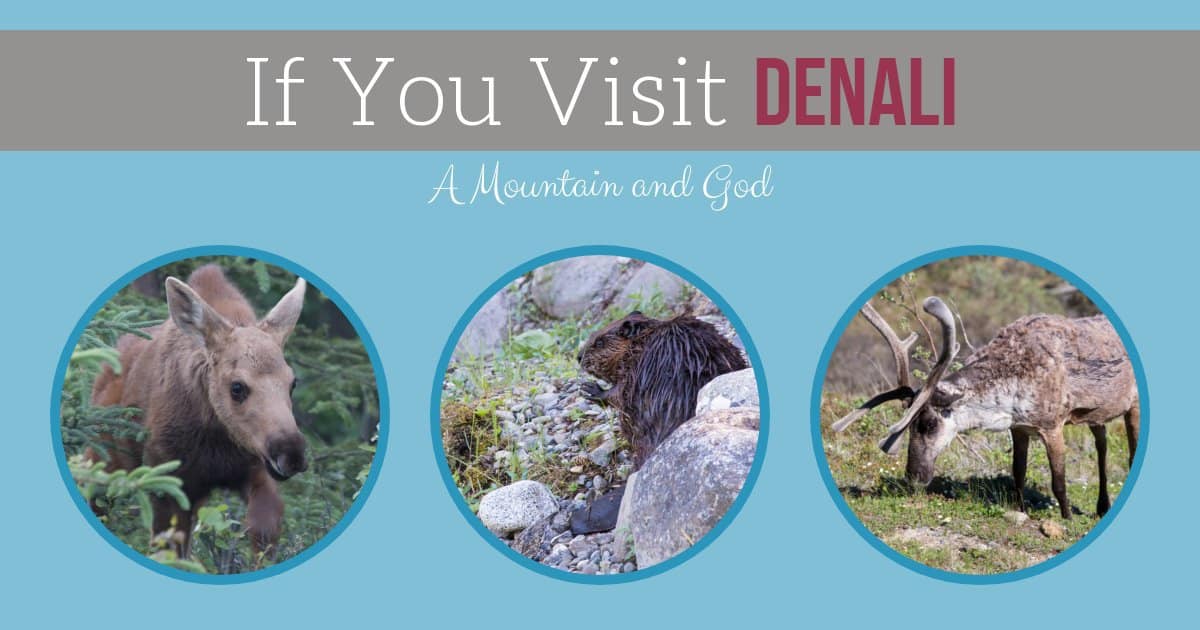 A View of the Mountain is Never Assured

If you visit Denali National Park, you probably won’t see the mountain—”the big pile of rocks that everyone comes to see.” In fact, two years ago, Pedro, Sarah, and I visited Denali and failed to see the mountain. I’ve tried since then, to see it from Talkeetna, but haze or clouds covered most of the mountain. I claimed that “I’d seen Denali,” but I had never seen the entire mountain.

Other things about Denali might surprise you, too. For example, if you expect to get in your car and drive around looking for animals like you do in Yellowstone, you’ll discover that you can only drive 15 miles of the road. And if you’re hoping to see a lot of wildlife during those 15 miles, you’ll discover that it consists mostly of the human variety. 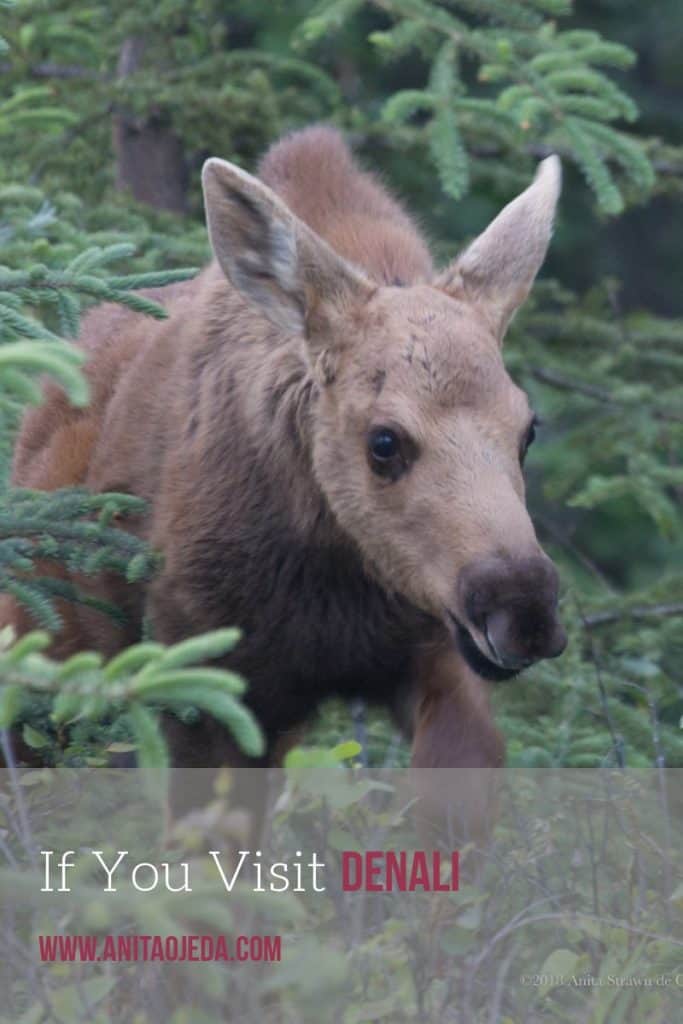 Unlike most national parks, the only way to get to the end of the road is to pay for a shuttle bus. Your driver will stop for wildlife sightings, as well as mountain sightings. The trip can last anywhere between 11 and 12 hours.

Strangest of all, if you look for guides with extensive maps of the trail systems, you won’t find one. You can stop the driver at any point along the road and take off into the wilderness. If you find this freedom terrifying, you can sign up for a ‘Disco Hike’ with a park ranger. No dance moves required, though, since ‘disco’ stands for ‘discovery.’

I made my reservations back in March (campground reservations fill up early), and I hoped that perhaps I’d have better weather in June than we did in July. Yesterday dawned clear and cool. I hoped I could handle 12 hours of travel with a group of chattering strangers.

After loading the bus at 5:15, we headed down the road and within the first five miles had to stop to let a mama moose and her baby cross the road in front of us. When we reached Savage River, we had our first glimpse of Denali—shockingly white against all the rain-soaked tundra and shrubbery. 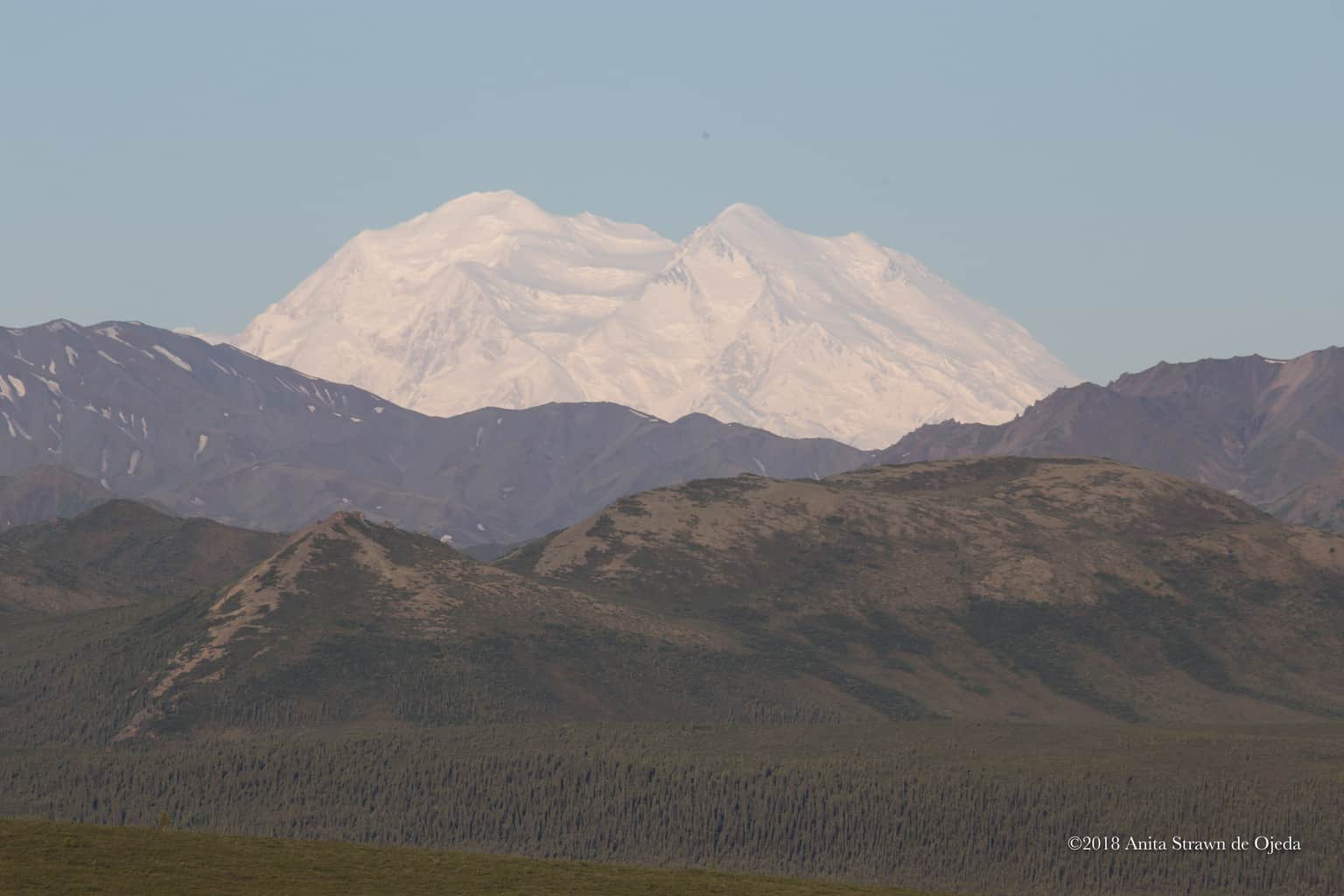 We stopped time after time to snap ever-closer photos of the mountain. Finally, in my fourth visit to Alaska and second to Denali National Park, I saw the mountain in its entirety with nary a cloud to shroud it. This first time I came to Alaska, I scarcely remember seeing a mountain, and only had a vague idea about Denali.

I went around in a Denali haze for the rest of the day. I had seen the mountain! Two-thirds of the Park Visitors never see it. Its pristine majesty awes and inspires. The Natives called it the Tall One (for a while, white man called it Mt. McKinley, but now it’s known by its rightful name).

From a distance, it looks deceptively small in comparison to the shorter peaks around it. In fact, if you don’t know what you’re looking at, you might mistake it for just another snow-capped mountain. Proximity makes all the difference.

My husband might not appreciate this sentiment, but now that I’ve seen Denali, I want to return. Next time I want to camp at Wonder Lake and hike up to Reflection Pond before sunrise (easy to accomplish because it never gets completely dark around here this time of year) and photograph Denali as the sun rises. 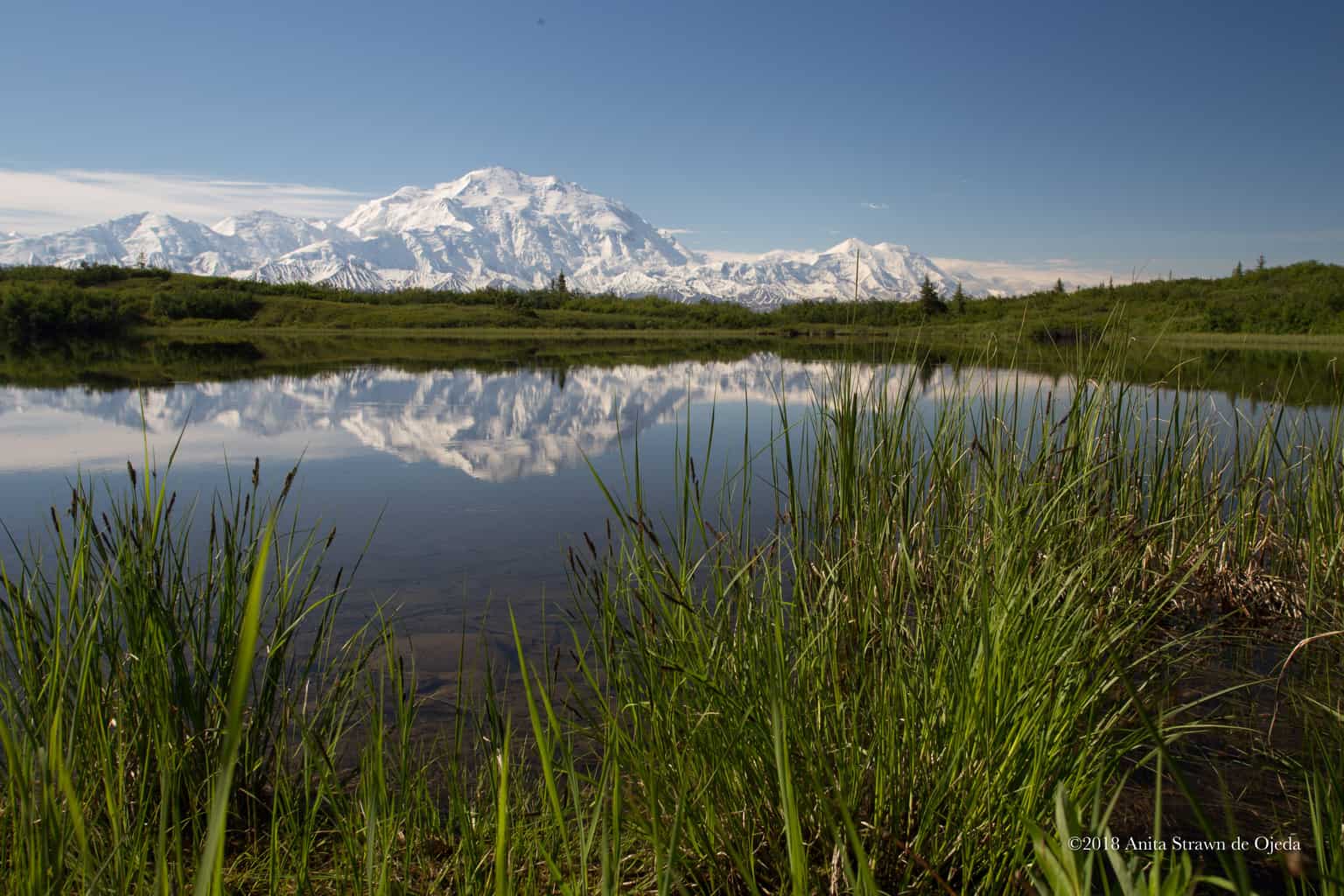 They sell T-shirts around here that say, “I hear the mountain calling, and I must go.” I can relate.

Denali reminds me of my relationship with God. We don’t always get a clear view of him. Sometimes our attitudes and feelings about him get shrouded by human institutions like churches. But that doesn’t mean that he’s not there. It simply means that we haven’t gained a clear picture of his character.

But once we see his true character with our own eyes (or our own experience), without distortions of humans or their institutions, we gain a new appreciation for all he is. We can filter out the noise and distractions of those around us and focus on the picture of perfection.

“If you need wisdom, ask our generous God, and he will give it to you. He will not rebuke you for asking.”

Go ahead and doubt God, doubt his very existence (he can handle your doubts). But I challenge you to take a leap of faith and ask for wisdom. He will reveal himself to you, if you ask him for the wisdom to see.

Seeing Denali makes me long to act like Reflection Pond. I want to remain calm and accurately reflect God and his character to everyone who sees me.